Hydroponics for everybody - William Texier

Hydroponics for everybody - William Texier 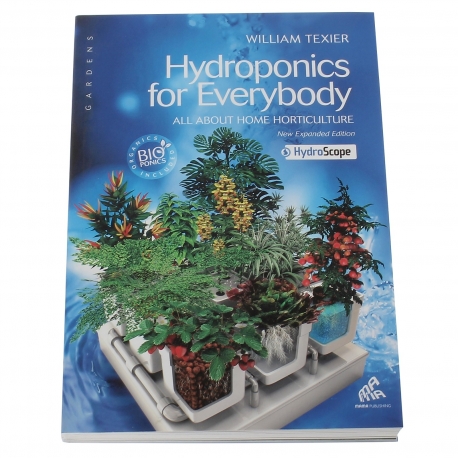 From basic gardening to high-tech installations, tips for the beginner and know-how for the seasoned professional, from the ABC's to the most guarded secrets, everything you ever wanted to know about the art of hydroponics.

William Texier was born in Paris. He first studied at the Institut national de Gemmologie in France, then with the Geological Institute of America in Los Angeles, before discovering hydroponics, which became his passion in 1985. He and Lawrence Brooke, his long- time friend and founder of General Hydroponics, developed aero-hydroponics. A few years later, he began his first assignment in research and development at the White Owl Waterfarm in Sebastopol, California. In 1994, he moved back to France and created General Hydroponics Europe with his wife, Noucetta Kehdi.

William Texier is a true innovator in the hydroponics industry. In 2004 he developed and patented «bioponics» (organic hydroponics). Currently, he manages research and development at General Hydroponics in Europe and internationally, with a team of researchers drawn from different departments of the University of California. He publishes articles and conducts seminars around the world. With thirty years in the field, he is considered one of the most knowledgeable hydroponics experts worldwide. Hydroponics for Everybody has been translated into half a dozen languages.